Last week, finally, Fuji implemented a long awaited focus peaking (FP) function with their latest FW update. I consider this and the previous update in June (to use Selector button to move AF point) as the most important, at least for me.  I have and using various old legacy lenses on a regular basis and those two functions are absolutely critical to achieve the best possible results, especially with fast lenses (f/1.8 or faster) when DOF is really thin and/or main focus point is not in the center of the frame. 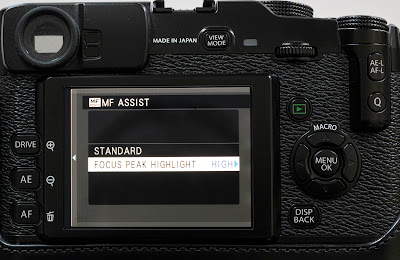 Once I installed all required updates (including 3.01:) I quickly realized that I can't use FP!
I just couldn't clearly see FP highlights in the EVF without magnification! Yes, it was clear on LCD and at 3x mag in EVF, but not at default EVF settings.
Then I recalled that several months ago, well before FP implementation,  one of the fellow photographers (mark-vdi) suggested to change jpeg setting to increase visibility of what was called "shimmering" effect in a standard manual focus mode. Since I don't care about jpegs I went to Shooting Menu (red icons) # 2 and changed parameters as following: Sharpness=+2, Noise Reduction=-2. I also increased EVF brightness to +1 ( go to Set Up (blue icons) #2, LCD Brightness +1). But you have to do it while looking through the EVF otherwise you will increase LCD brightness instead.
Checked again and voilá I could clear see highlights! Now I was ready for the field test.

Today I took X-Pro 1 with couple lenses to see if FP really would help me to focus faster and more accurate. I decided to test it with Fujinon XF 14/2.8 (AF&MF) and Minolta Rokkor 85/1.7 (MF). I figure that if FP works with those two then it should work fine with the rest of my AF and MF lenses. 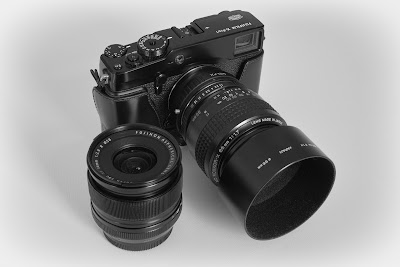 But first, few words about my camera set up. Since last February I am shooting RAW only. Not because something is wrong with OOC jpegs (they are awesome) but to keep workflow consistent with my other cameras and to have additional latitude to correct WB or highlights/shadows when required. With excellent support from latest Capture One, Aperture, Iridient (and dcraw) I don't have any issues with Fuji raw files anymore.
I also permanently set front AF selector to M position. I still can use AF (by pressing AE-L/AF-L button) and switching between AF and MF lenses doesn't require any additional steps. Set it and forget it. It also helps when AF lens starts "hunting", I can quickly override AF by using manual focus ring. As a side note, I find that for some strange reason AF is faster and more accurate in C or M mode than in S. May be it's just my imagination.

Back to testing.
Test #1. XF Fujinon14mm @ f/2.8. no magnification. Focus on the foreground, left corner. 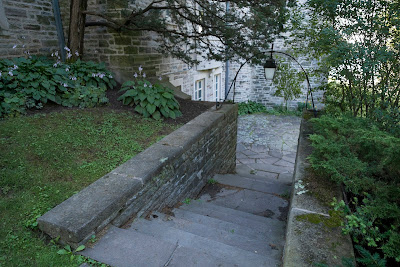 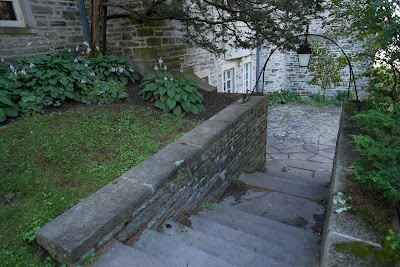 My observations. Focus Peaking definitely works and it was easy for me to achieve the focus in intended point. It was also pretty easy and fast to change between the focus points. I would say that, in given situation,  MF with FP was faster focusing method than AF (which would require to change focus points back and forth because @ f/2.8 "focus and re-compose" just doesn't work). 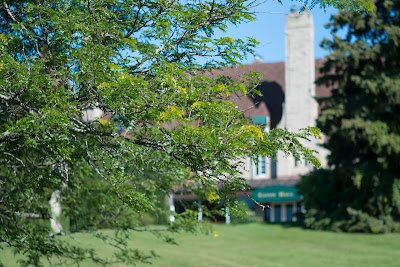 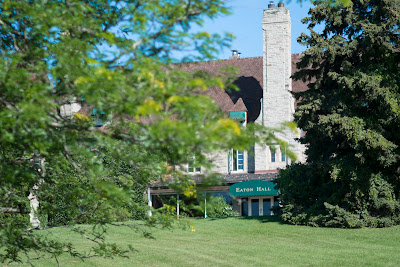 My observations. Focus Peaking works even better with longer lenses. I had no issues to achieve the focus on intended subject and it was pretty easy and fast to change between the focus points. Obviously, there is no AF option for an old legacy lens:)))

After doing more testing I have to say that I am satisfied with Fuji's focus peaking implementation. If you need speed then just use FP with no magnification, but sometimes you may miss the focus. If accuracy is paramount then use 3x magnification, it slowed me down a bit but I didn't miss a single shot.

But you need to practice your skills to really understand what you are looking for (edges usually exhibit more pronounced highlight effect but may not be your focus point).

And yes, Sony's implementation still has an edge.

Hey Fuji, here is my wish list for your next FW update :)

I don't like that pressing the command dial switches MF Assist mode from Focus Peaking to Standard. I don't understand why would anyone need to switch between modes on the fly, it can be buried in the menu. But that's minor.

Thanks for dropping by and all the best,
vkphoto